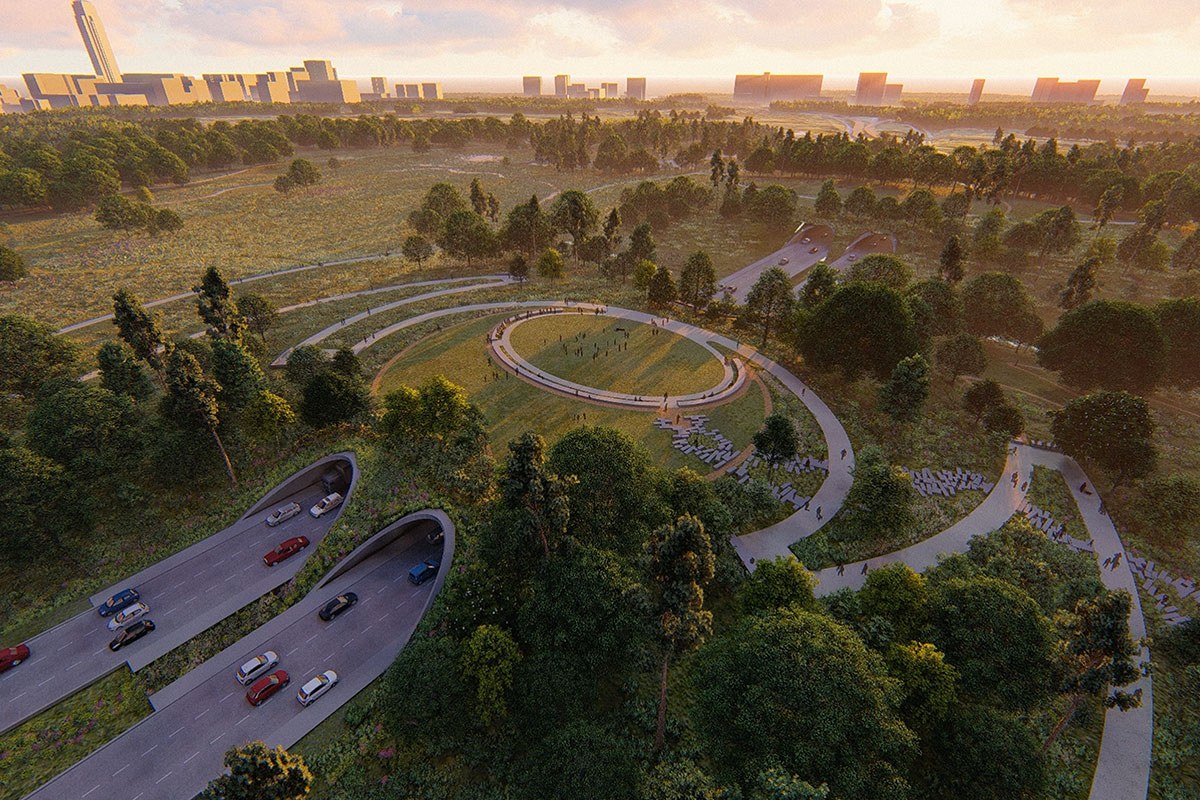 FRESH OFF THE DEBUT OF THE INCREDIBLE NEW EASTERN GLADES—seriously, you need to make the trek right now; it’s like a brand new park—The Memorial Park Conservancy is now embarking on its most epic undertaking yet, the construction of its highly anticipated $70 million Land Bridge and Prairie project, which is one of the biggest park projects in the entire nation.

The nearly 100-acre project will connect parkland over Memorial Drive, expanding the park’s existing trail systems, creating 40 acres of much needed coastal-prairie land to help with stormwater management while sending traffic shooting through two tunnels as park goers and our beloved local wildlife are able to move about freely atop the road on new green mounds—you’ll apparently even be able to see the downtown and uptown skylines up top.

The Land Bridge is slated for completion in late 2022.

With that in mind, we are talking about a couple years of construction or so. Even if you head to the park right now, you’ll notice areas around the Picnic Loop are already closed off, including the volleyball courts (the ball fields have also been off limits since earlier this year … thanks, Covid-19). Because we know how exasperating it can be to see those fences and orange cones come out, we went ahead and asked the Conservancy what all we can expect until 2022.